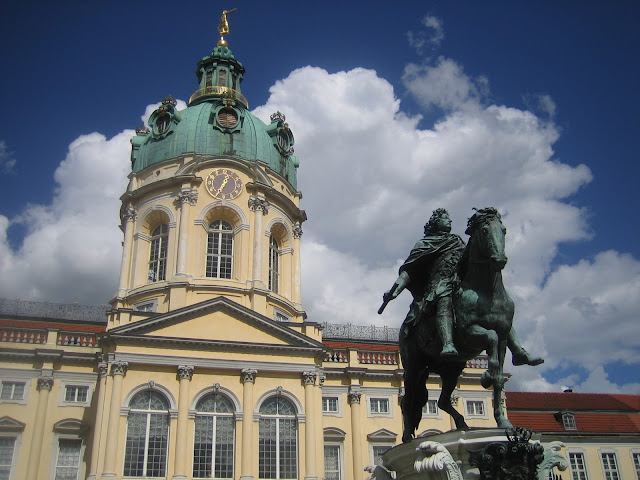 A few weeks ago, while S. was away at a teaching seminar for 3 days, I had my bachelor time again. The last one was while she was in Japan and I went back early for work. Although it is usually a time to binge on unhealthy food and meat, this time I was a little more healthy and active. 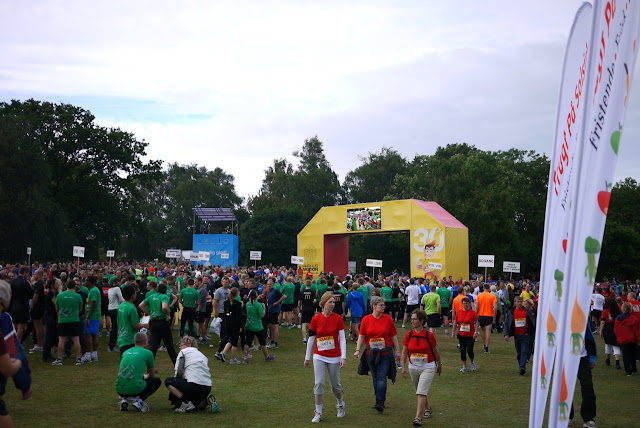 One part of this was running. I was determined to attend the DHL 5k relay this year, because last year, not only did we take the bus to get there (it's a 5-10 minute walk to the venue from our house), but we also ate and drank a lot, saw pretty fireworks, and were driven home by our friends. 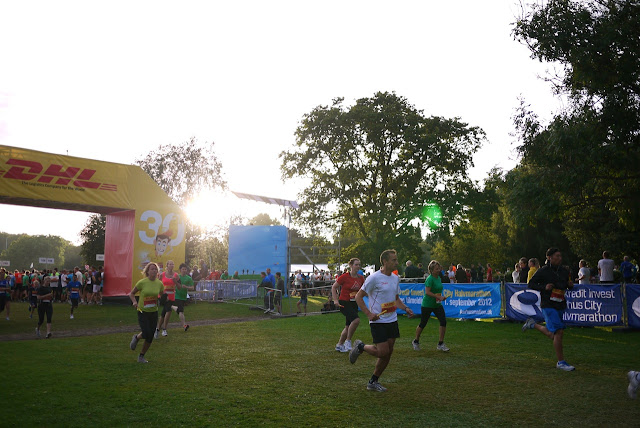 After gorging myself over the winter holidays, I tried running again with a friend from Danish class. When we first started running, I realized that I was way out of my league: Too many beers, and sitting on my butt at the computer! I was also just running with clothes I had around the house (trail shoes, sweatpants, and layers of warm sweaters), since I was too stubborn to buy new training clothes. 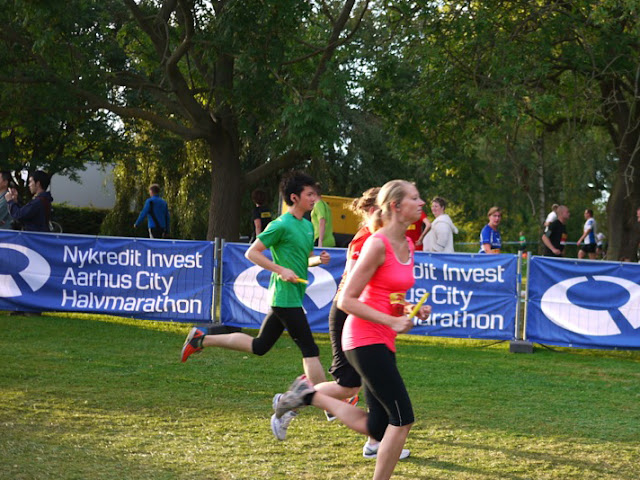 At first, it felt just like I was back in high school: too poor to afford the cool, contemporary tennis rackets and clothes like the other kids. My racket was handed down to me from my cousins. It also had the signature of Billie Jean King printed on it! I guess nowadays, that would be hip, but back then I didn't really know who she was, but I wanted to be like Aggasi or Chang - and they didn't seem to play with wooden rackets like the one I had!

Well, all that was solved this summer, after going to Japan. Driven by my childhood experience, and the sense that everything was so much cheaper, I went out and bought a bunch of gear.

I was a little disappointed with my time, but it left plenty of room for improvement: 28:16. Overall, I was just happy that S.'s colleagues let me join their team, even though I actually forgot the face of the person running before me while I was waiting for him to come back (not recommended)! Then when I started running, I remembered that a friend said she'd take a photo of me though, and so I turned around just in time. =) 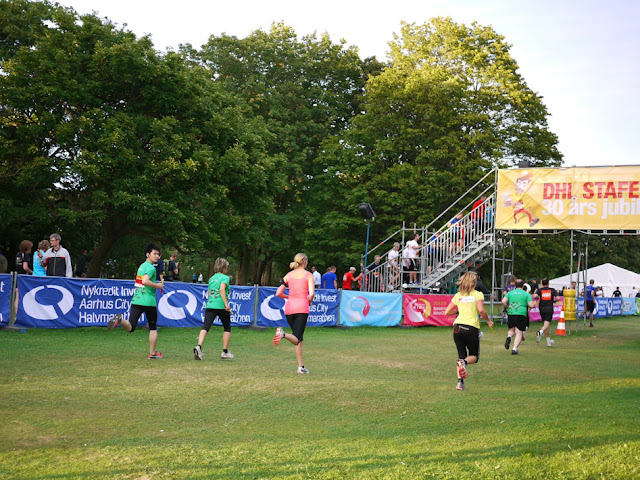 Lovely fireworks at the end of the run. 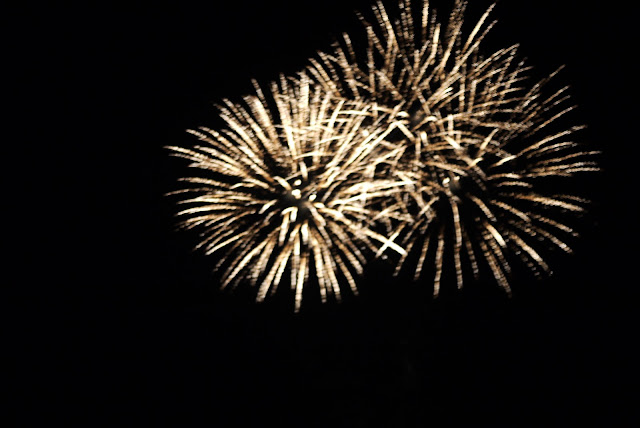 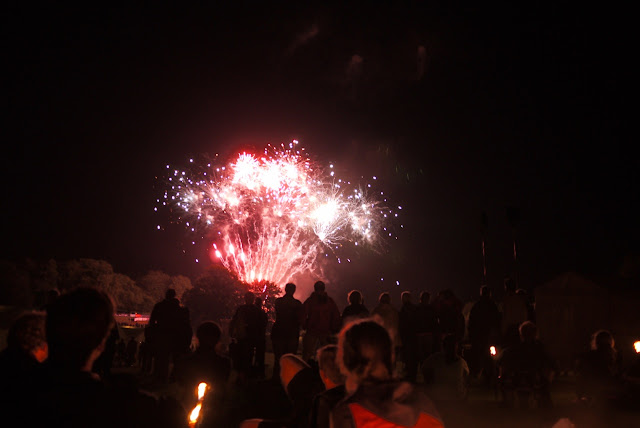 After the relay, I worked on Friday, and the next morning, I took the train down to Berlin to meet with my work colleagues. (One lives there, and another flew in from Texas for vacation.) I also met up with a friend from Århus as well, and we ended up taking the same train back to Denmark together.

The last (and only) time I was in Berlin was a stop at the main station to wait a few hours for my next train back to Norway. That was 12 years ago. I had a better chance to explore this time, but I still took it easy, since I knew S. and I would go together at some point. The trip is really not too far, and there's SO much to see and do in that city!

In spite of the horrible luck I had with internet there (the Danish wireless carrier didn't work at all, and my hotel lost internet for the ENTIRE weekend! Might as well not have hot water, right?) I was able to get around alright and made the most of my time - a big chuck of which went to dinner and drinks with friends at old buildings like this. 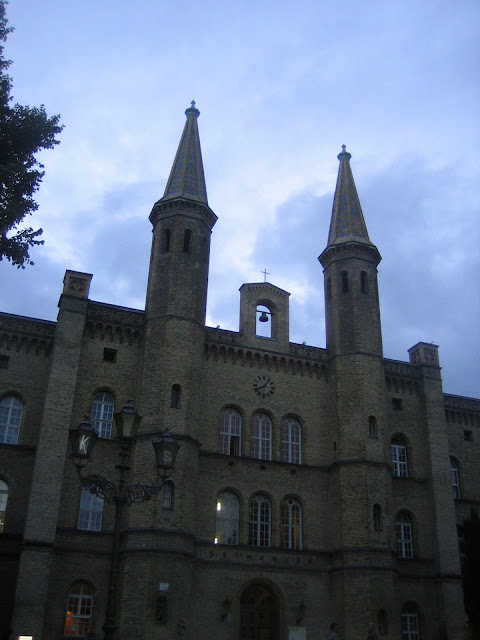 Inside what appeared to be an old church hospital-turned-art-school is a fabulous restaurant, called 3 Schwestern (Three Sisters), as well as an outdoor cinema in the back. They were showing cartoons outside when we went. And - I even managed to squeeze in two big, delicious pieces of schnitzel! 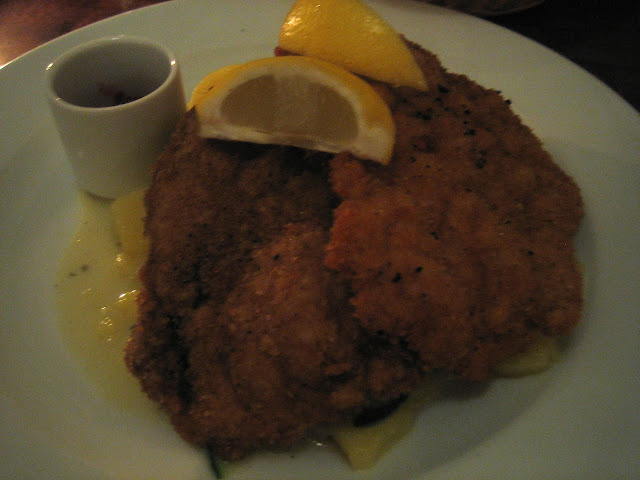 Knowing a little more German than Danish was also great! I even helped this group of Italian tourists get group passes, rather than individual tickets for the subway :) but I just couldn't help but add an Italian accent when I was speaking with them! It's a contagious accent, but maybe it helped when I used it a little?

I was also able to attend the Lange Nacht der Museen (the Long Night of Museums) event, which coincidentally happened on the evening I arrived, and walked around at my own pace. I only saw three museums and a gallery over the weekend, but also saw a few palaces/castles, as well as two big churches (sadly, the famous Kaiser Wilhelm Gedächtnis Kirche was being renovated). I'm all ready now for the next trip to Berlin, and knkow exactly what I'd like to see next! For now, here are some highlights from the trip: 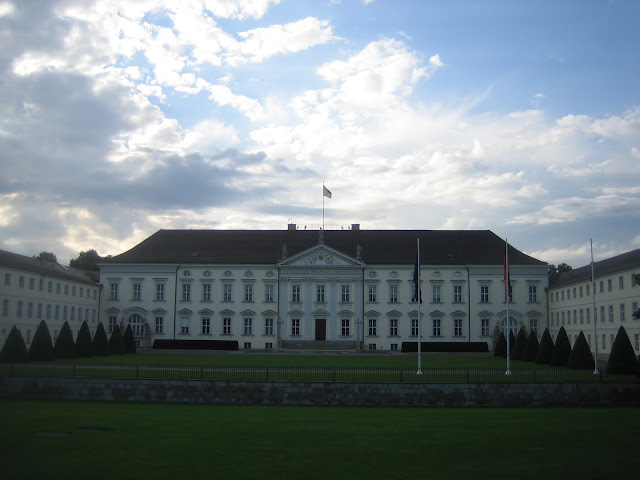 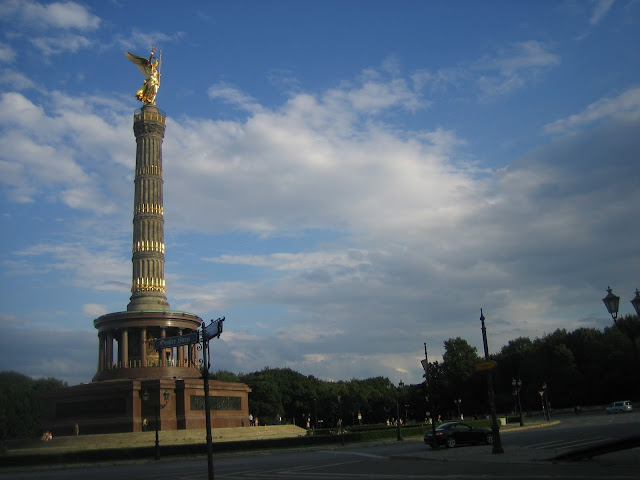 Berliner Dom, lit up with a light show for the festival 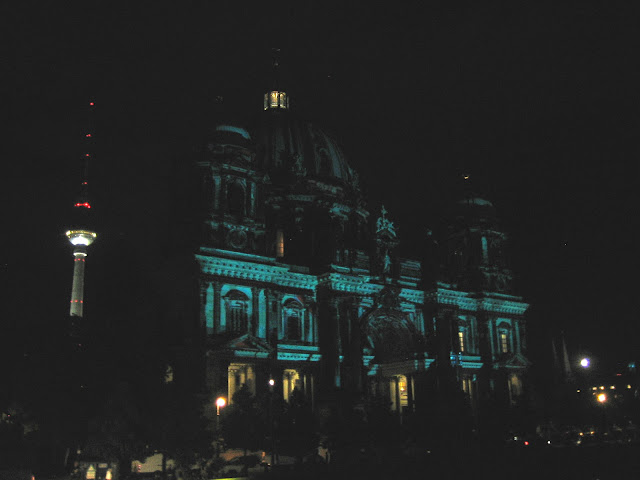 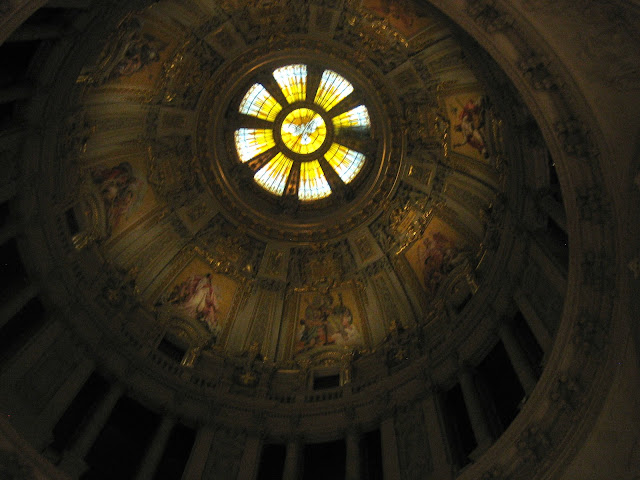 Schloss Charlottenburg, with beautiful gardens that I skipped this time =) 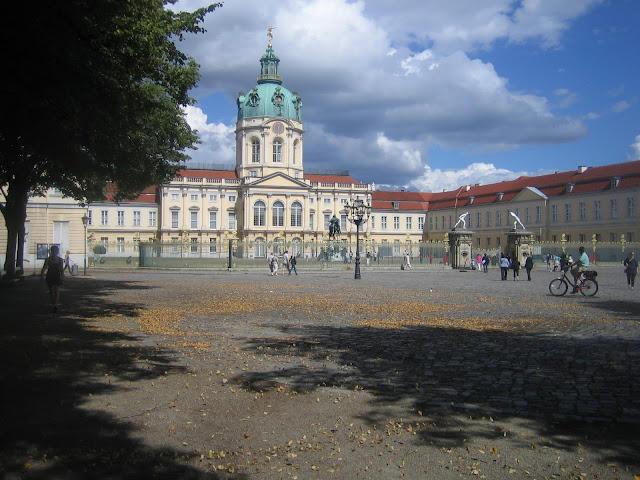 Brandenburg Gate, at the end of my walk past Unter den Linden 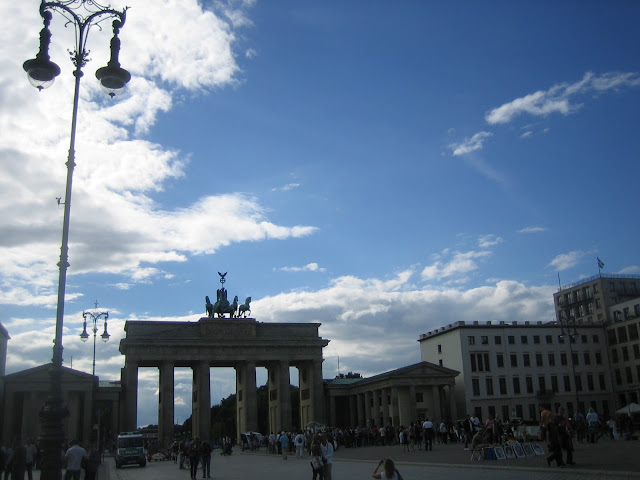 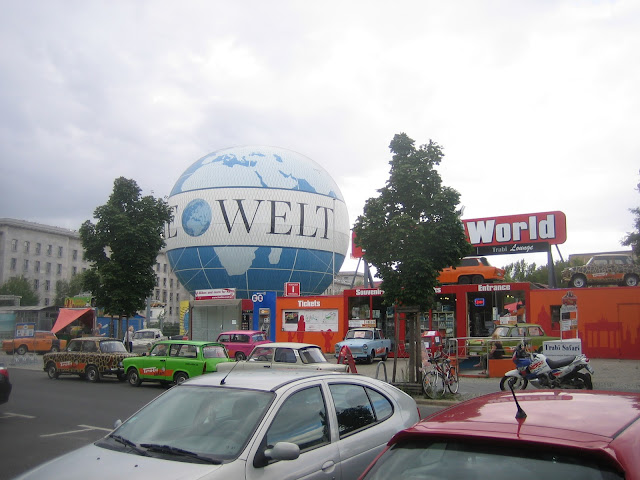 Topography of Terror Museum, which is just down the street
Learn more of the atrocities of the SS where the headquarters were once located, and also see a portion of the Berlin Wall. This place was heavy, but one must see it. 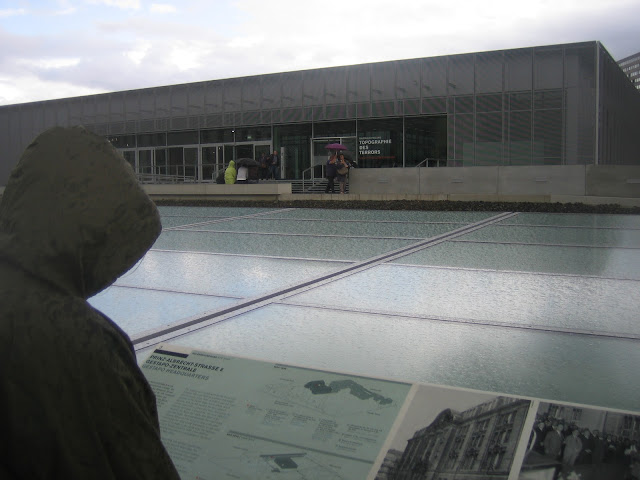 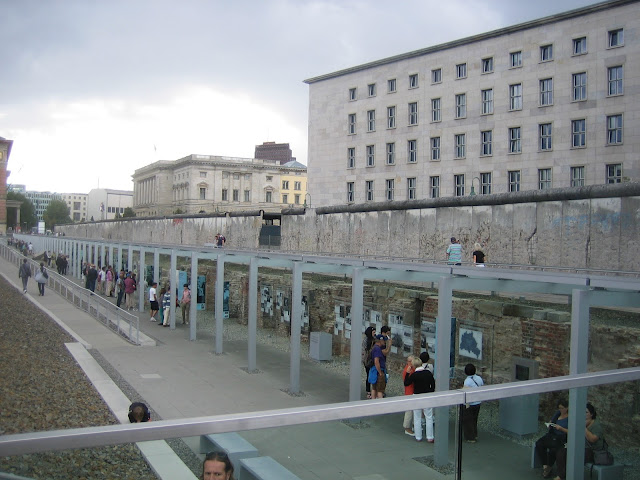 Potsdamer Platz, where one of the world's first traffic lights was installed. This one is the replica. 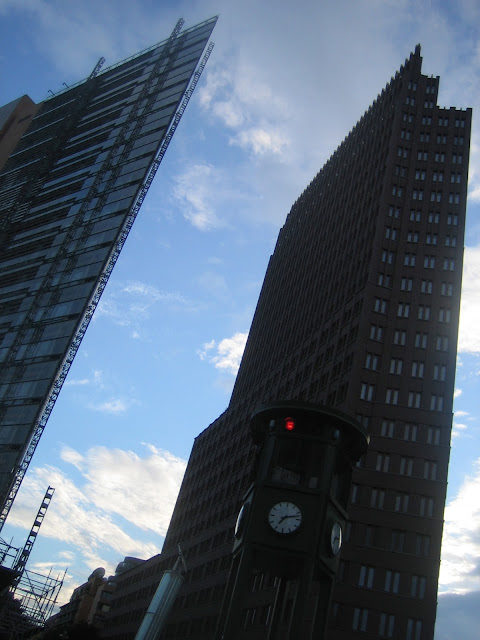 Checkpoint Charlie, the tourist trap. I skipped the museum here, but next time I'll check it out. It's supposed to be really great! 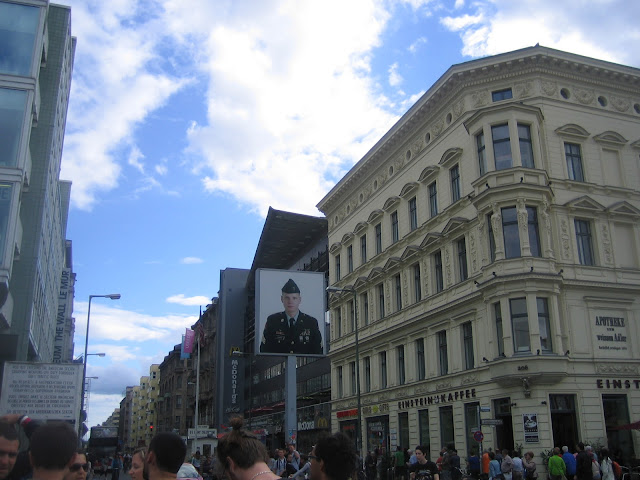 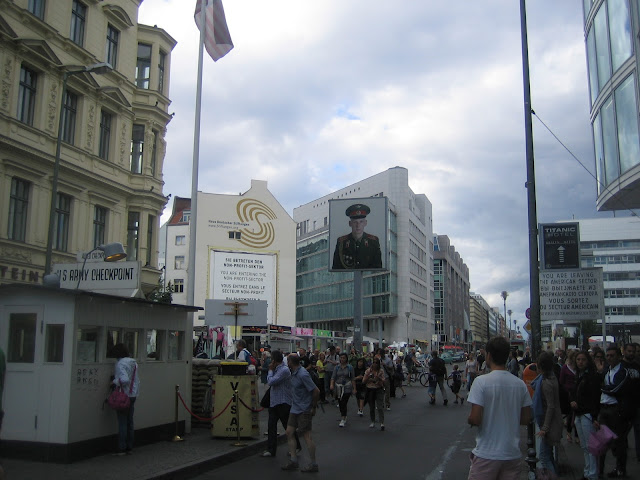 My favorite painting of the trip was this one, L'Ete' (The Summer) by Monet, which reminded me that even in the grey cold of Europe, my warm memories can be recalled at any time! Another reason I'm still writing this post after almost two months (and more than a year's absence from the blog)! 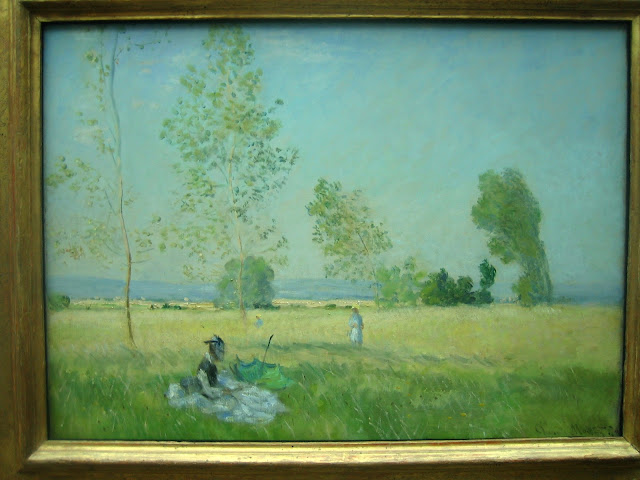 All in all, it was fun a break, and after filling myself with as much Berlin as possible, I was SO ready to get back!!! Now, if I need a recharge, I listen to my favorite Falco tune, since I had it in my head the whole time I was there! :3 Alles klar, Herr kommissar?