“Another Saturday Night and I Ain’t Got Nobody”

At first, I was quite optimistic about missing out on football season this year, thinking, “Hey they have their own football in Europe, I’ll just get into that.” Plus, I thought, “Hey, without football and PS3, I’ll get into other stuff, like painting art, and sh*t.”
It was tough!!! I missed all of the NFL preseason, as well as the first week of the NCAA season before I started noticing a little bit of the "i-shoulda-thought-this-through"feelings. It was a little compounded, cause living abroad sometimes makes me even more proud of my background. This sign goes up every Saturday: 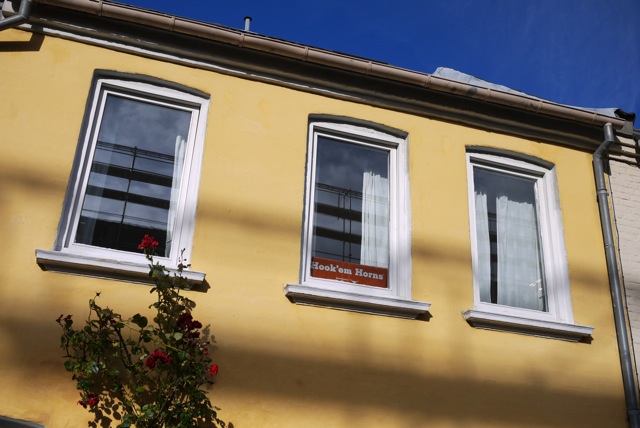 It wasn’t always like this.
I’d say that my first real interest in football started in my late grade school days, when my eldest brother went off to university. Notre Dame football back then wasn’t as painful to watch as it is now (if you’re an Irish fan). I had a team to cheer for, and we were winning. Mondays, I would flip through the sports section of the now non-existent Houston Post and see the rankings. It was good times.
When I got to high school and college, schoolwork, student organizations (and those pesky girls) distracted me so it wasn’t until after university that I started paying more attention to the sport again. I got back in at the right time too, about three years before a national championship =) It was painful though, especially the USC v. Notre Dame game in ‘05. Boy did I despise Reggie Bush then, and I still do to this day.
Luckily, s. has been very understanding of my need to geek out on sports (or anything for that matter)! I had never even seen a UT game until s. took me to one for my birthday a few years back. And although she was okay with the idea of buying a Slingbox for my fix, or subscribing to online streaming of games through ESPN or NFL Network, I was able to find a new (and free) solution last week!!! It’s a good thing too, since all of the other options were over 100 bucks each! That’s a lot of lobster and beer money, yo! 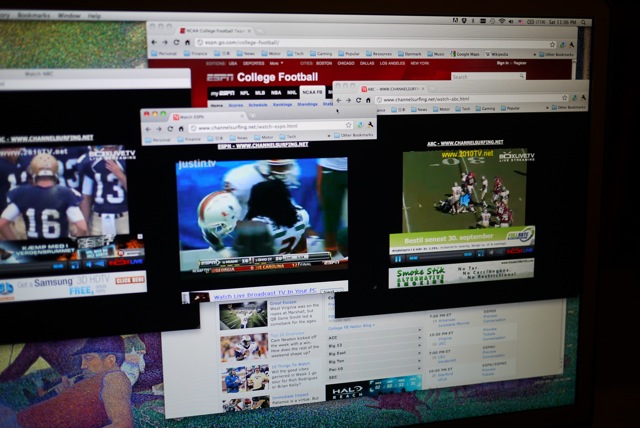 So what happened? I tuned in just in time for another heartbreaking loss for the Irish last week (Muck Fichigan), and another somewhat dismal performance by the Horns. Check it out. Which flag in the picture below was a bit more important? 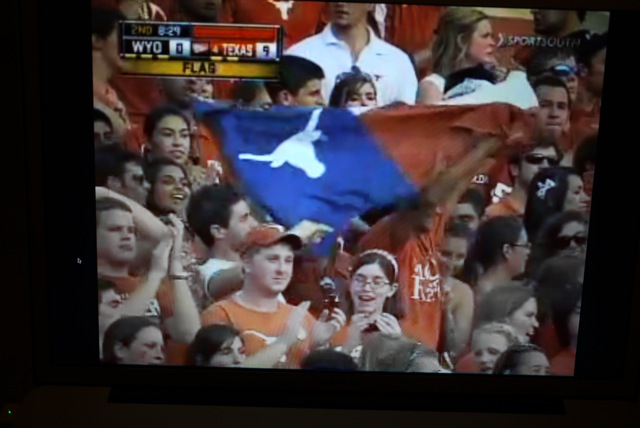 Yep. That TD got called back for holding. =( After all was said and done, I was up past 3am last Saturday, watching college football, chatting with other strangers on the same webstream (e.g. “What?  Wyoming scored? Everybody drink!”). 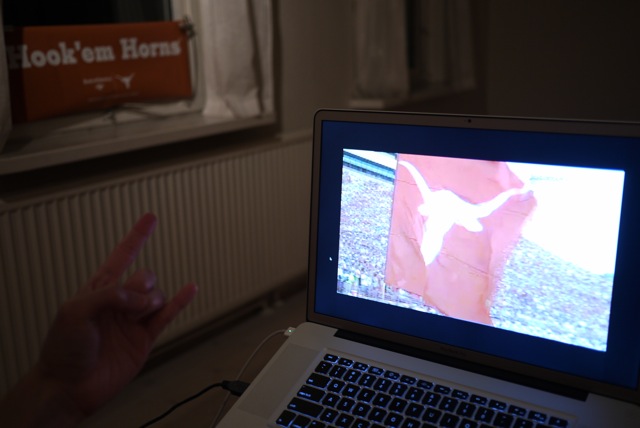