Thirty Thieves and the Thunder Chief 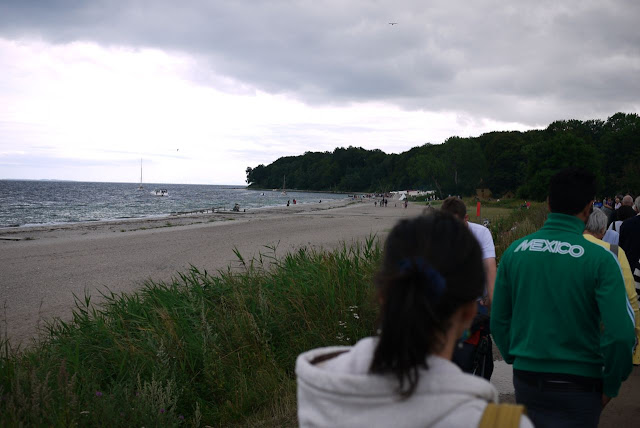 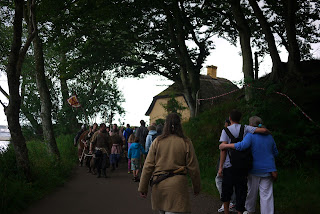 So guess what? We saw some Vikings fight, the weekend before last. (Sorry for posting these late!)

It turns out that there was a big festival going on, with more than 25,000 people in attendance! At the currant exchange rate, that’s the equivalent of 4,166 Americans!

From the description we read, it sounded like the Texas Renaissance Festival, except with much more drinking, and much more Vikings. I was filled with glee: “Bring on the turkey legs!!!” 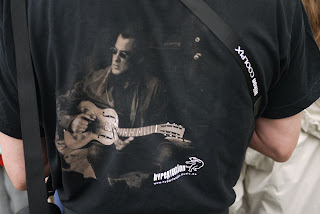 The bus ride was certainly packed, but luckily we had seats cause s. had planned everything out, down to the authentic Viking food we would try. (You know it has to be planned if food is involved.)

It was also our first ride down south double-A town, and it was trippy. We saw a carnival that looked really fun, as well as some bizarre shirts, like this one promoting Steven Segal's music. Yes. Double U, Tea, Ef. 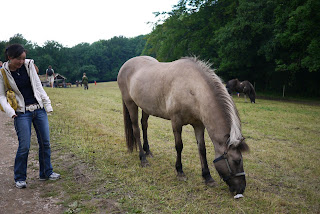 I was psyched though. When we got to the fairgrounds, we walked a bit, and before entering, we decided to stop by the information booth, where this fellow tells us that yes, indeed, there will be a “Viking Fight at 3pm today in the clearing, where 455 warriors will do great battle.” Woo yeah!
We get there with an hour to spare, so we decide to walk about to get a lay of the land. The grounds were scattered with horse "presents," so we decided to get outta Dodge and grab some Viking eats or something at the market. Away we went, zig-zaging our way up the hill. 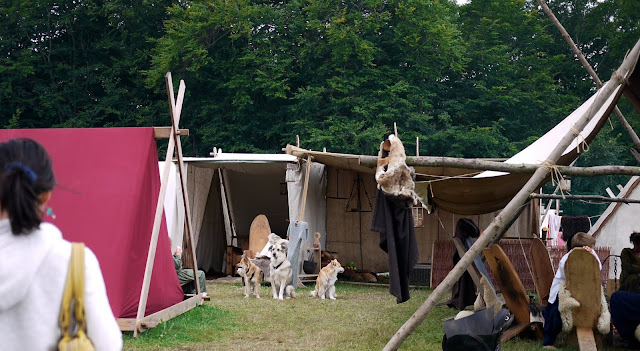 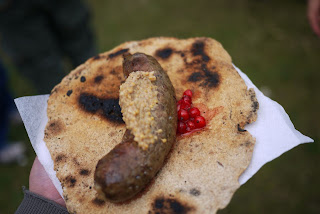 The air was much better there, but there was something wrong. Where were the turkey legs? Where were the hot Viking chicks throwing themselves at you, asking you to buy stuff? Well, long story short (too late!), the cosplayers were really in character, but in great Danish fashion, the majority of them kept to themselves. It was like walking around a living museum. 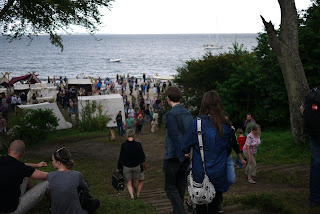 Viking sausage (with crunchberries cowberries?) in hand, we headed down to the beach, where several thoughts started swirling around my head. It was the ocean, it happens to me sometimes. 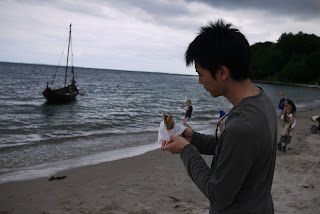 Here I am, lost in thought. I don't look as cool as Keanu though. 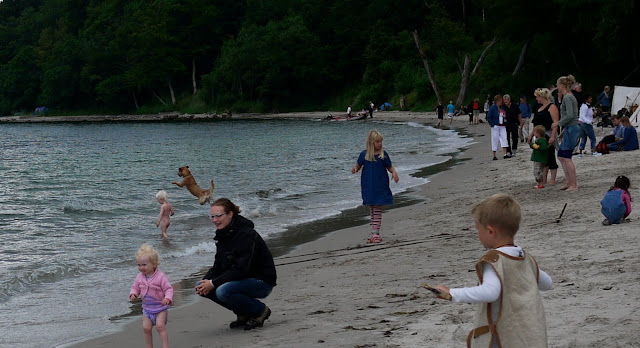 s. snapped this awesome picture of a puppy out having fun. Oh yeah, naked kids everywhere in Denmark, which is still kinda weird. Here's another picture of the natives, keeping to themselves. Did they have cigarettes in the Viking days? 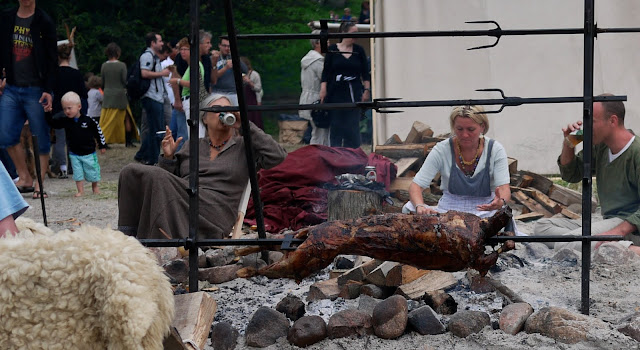 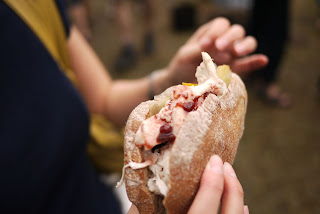 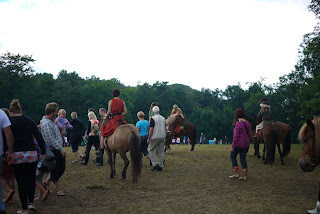 The party was about to begin. It was only 15 minutes away now, and we were starting to hear drumming, war cries, and more drumming. 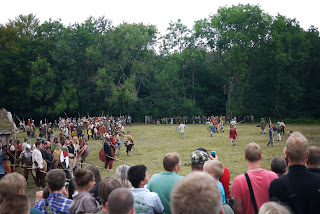 With the majority of the front row taken, we navigated back down the hill around the horse s* and found a space near the front with almost nothing around us for about a 5ft radius. Raising my arms like a mad man, I took this photo. 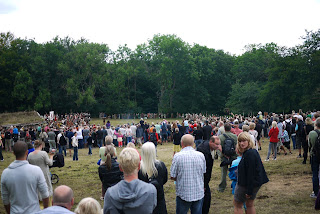 The smells were a bit dizzying by that time. I told s. that we should head out, snapped what pictures I could, and headed to higher ground. I guess she didn't get the memo. See if you can spot s. in this picture! =) 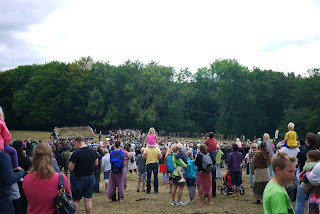 With the two battling groups in place, the crowd started to get anxious. Oh yeah, there was Viking smack talk a-plenty going on, and from the look of things it was about to get buck. Oh SNAFU! Some dorks broke the line while taunting and away the fight went. That was a little anticlimactic. We were expecting something more…I dunno Lord of the Rings/ Braveheart/ 300/ Lawrence of Arabia/ Macross/ something-with-Charlton-Heston-like. You know? You may not see it, but to the right of the girl's head, a dude crawled to the side of the forrest where the women were at and played dead.
We don't have very weak stomachs, but at that point the smell became overwhelming vs the entertainment. We took another look at the bus stop timetable that I took a picture of earlier, found out the next bus would leave in less than 10 minutes, with the next (and only bus the the park) arriving 45 minutes after that. We bolted out of there as fast as we could (before the crowd got wise) and made it just in time. The doors closed behind us and the bus went off. On the way home, I saw my childhood dream car: a ’67 GT 500, and in that beautiful blue color as well. 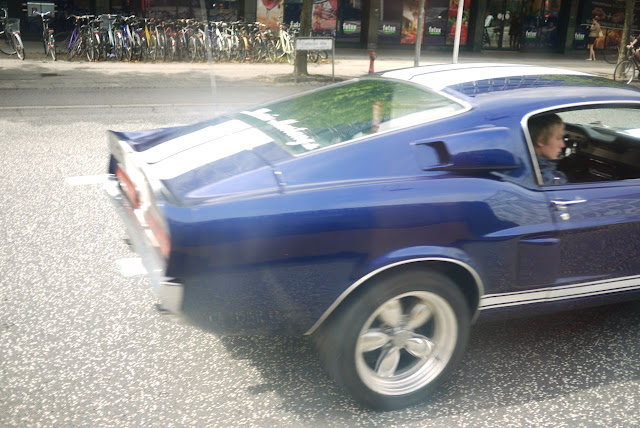 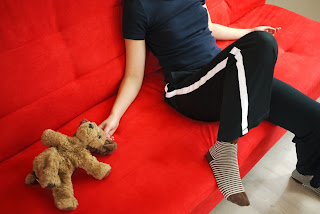 After getting home, thoroughly washing our shoes, and showering, I found s. with the pet (stuffed) animal that occupies the couch. They both looked the same - like they wanted a turkey leg as bad as I did, and had no bones to keep them together!
Posted by p. at 11:43 PM